On Tuesday, July 26, 2022, large numbers of a small, black beetle suddenly appeared in various areas around Sonora and Columbia. We also had reports from San Andreas, Murphys, and Jackson. Note: 8-8-2022, Andrew Springer brought in specimens from Valley Springs, Ca.

Ryder Richards collected specimens from a Columbia airport hanger and a business connected to that hanger. He said they were so numerous the beetles made audible banging sounds as the beetles crashed onto the roof of the hanger.

Ryder also saw these beetle by a gas pump in Sonora. The office staff reported that customers had been calling in about them, too. Technician Rich Turner reported seeing them in large numbers near some gas pumps in San Andreas, Calaveras County.

Service techs brought in abundant samples, like in handful sizes of dead and living beetles from numerous locations along this elevation in the Sierra foothills.

Joshua P. Basham identified the beetles as Melanophilia, and further work shows they are probably Melanophilia consputa, a member of the Buprestidae family of beetles, also known as jewel beetles or metallic wood boring beetles. Usually jewel beetles are have bright iridescent colors. Melanophilia, however, are coal-black.

Charcoal beetles are fire-loving, and actually approach fires. Research indicates that Melanophilia can detect fires from more than 35 miles away. The beetles have infrared receptors that apparently are used for fire detection. Also, evidence indicates these beetles use odors to help them find fires.

Both Ryder and Rich reported seeing these beetles near gas station pumps. I suspect that the beetles were attracted by some hydrocarbons as well. Interestingly, Joshua Basham said he’s also seen charcoal beetles at a gasoline station pump, in another state.

This excerpt describes the basic fire-related biology of charcoal beetles. “Immediately after a fire has raged over a forest, beetles of both sexes can be found on the burnt area starting reproduction. While doing so these highly pyrophilous insects are well protected by the smoke and heat given off by remnants of smouldering wood and fields of hot ashes. Copulations often can be observed close to the various hot spots and after mating females deposit the eggs under the bark of burnt trees. The larvae develop in the fire-killed trees and the beetles of the next generation start to hatch in the summer of the next year. Although so far no systematic studies on the reproductive success of Melanophila beetles exist, there is strong evidence that beetles cannot reproduce successfully in unburnt trees.”

Sonora suffered from the Washington fire in late August of 2021, just a year before. As the above excerpt states, fire beetles emerge the summer following a fire. The Washington Fire was huge, and it appears that this population explosion of charcoal beetles is a result of that fire.

The beetles appear to have timed their emergence all along the Highway 49 corridor, despite the varying times of egg laying, in relation to the different wildfire locations and dates for those fires in the foothills.

We sent out samples to Joshua Basham and Dr. Lynn Kimsey. Specimens of our charcoal beetle, Melanophila consputa, are now in the collections at the Bohart Museum of Entomology, the Atlanta USDA PIS, the Tennessee State University Nursery Research Center, UT Knoxville (for molecular analysis), and the USDA PIS in Los Indios,

This image from the New Scientist article is excellent.

Below are photos we took. 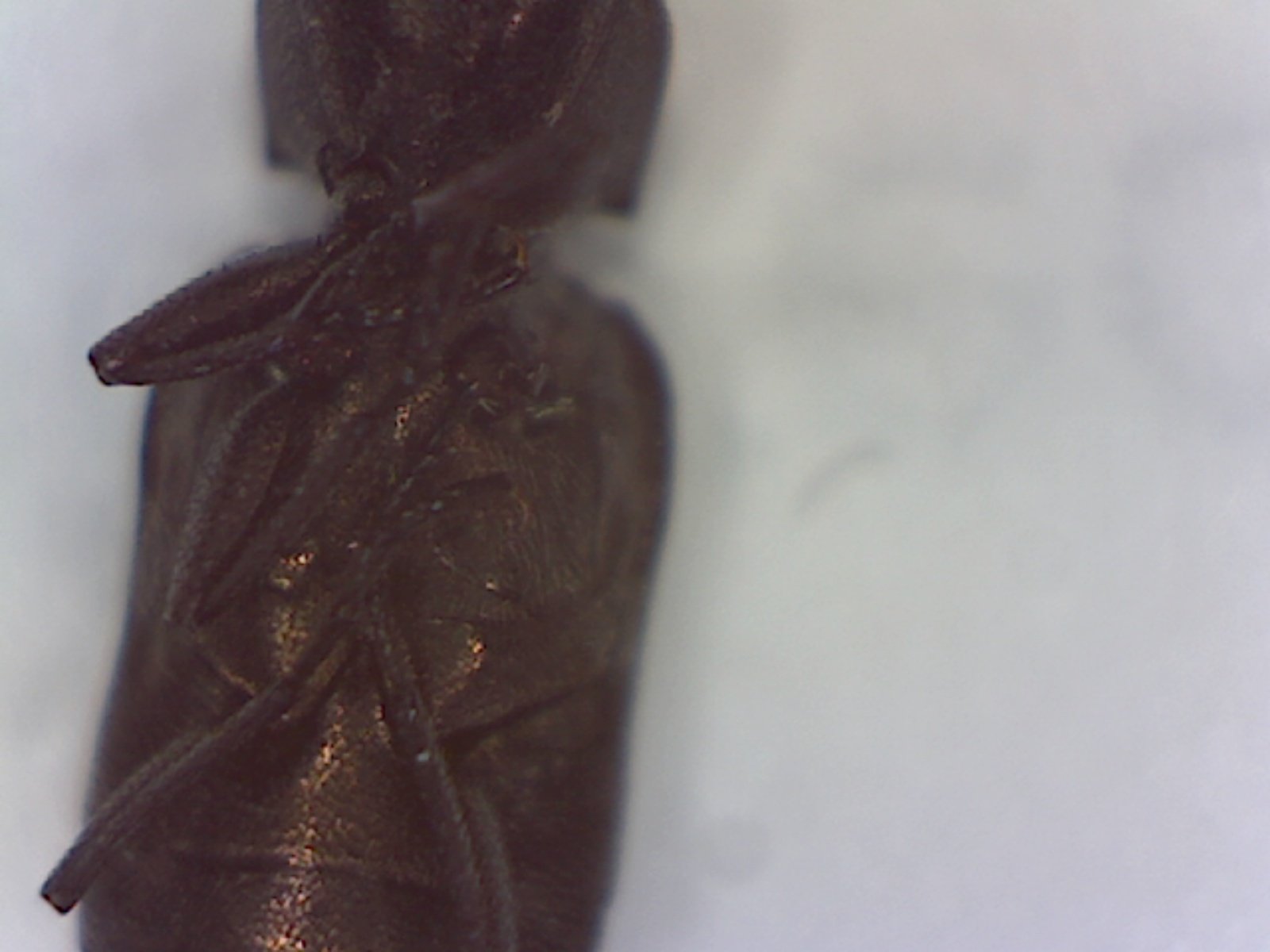 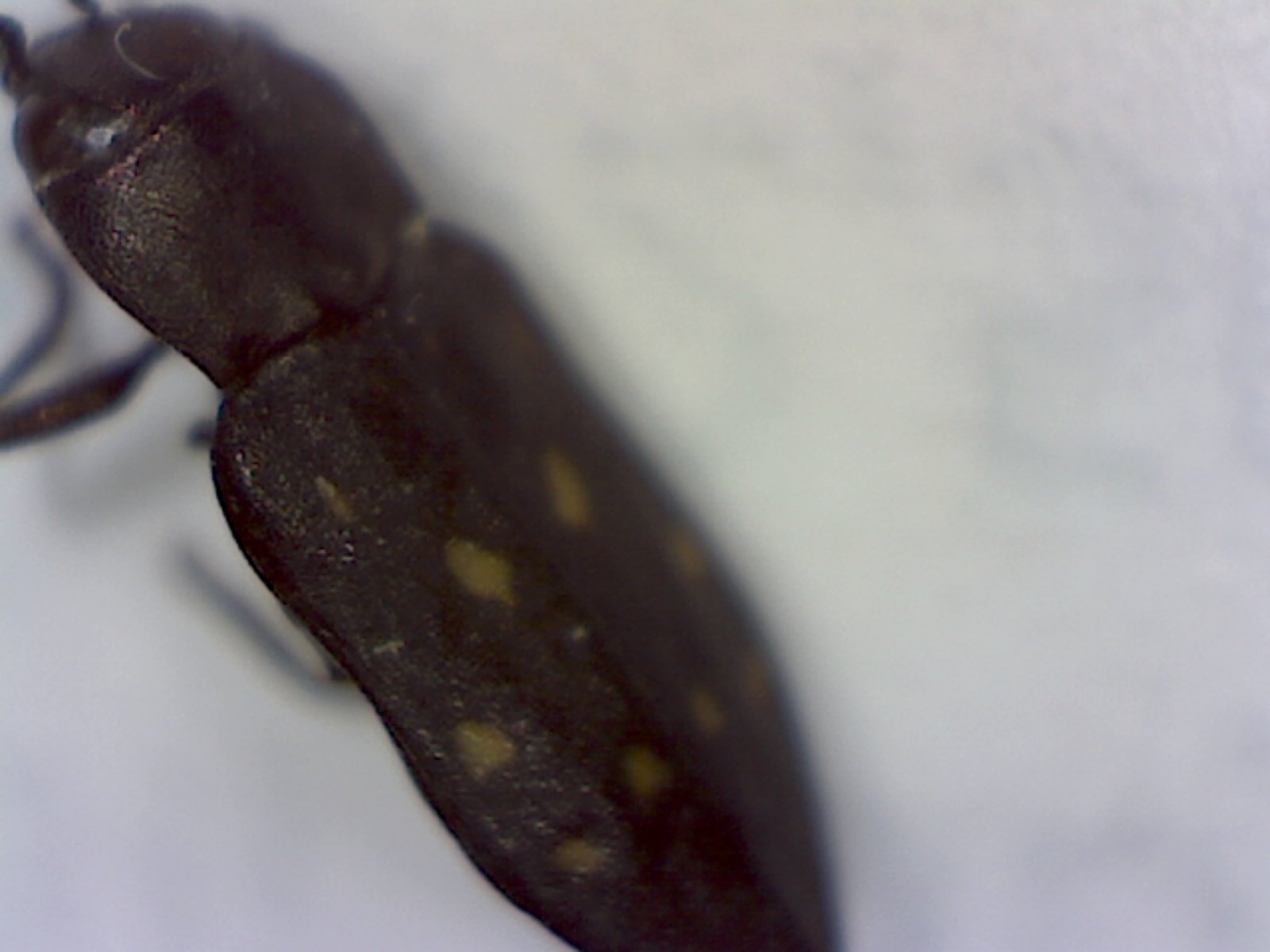 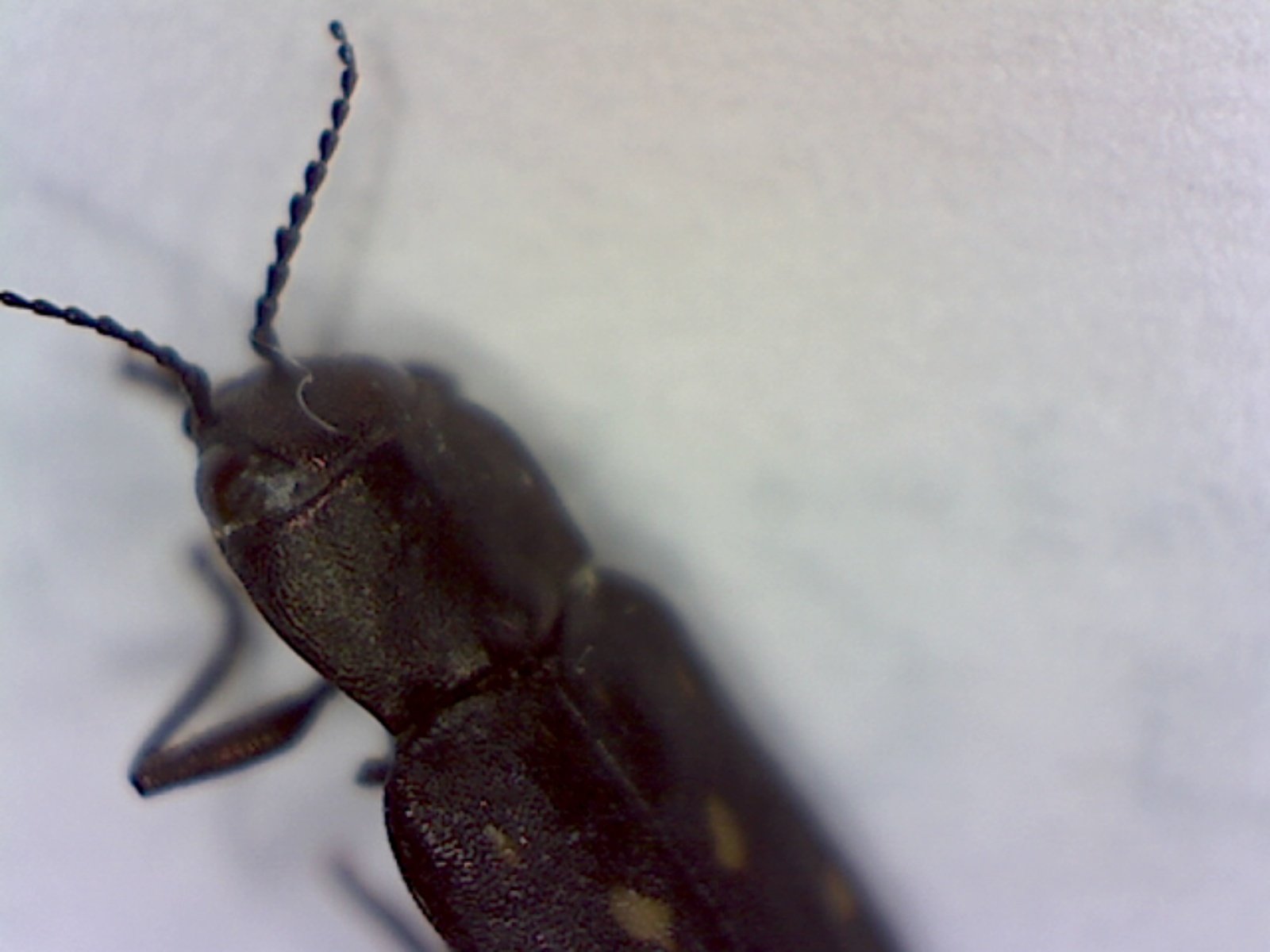 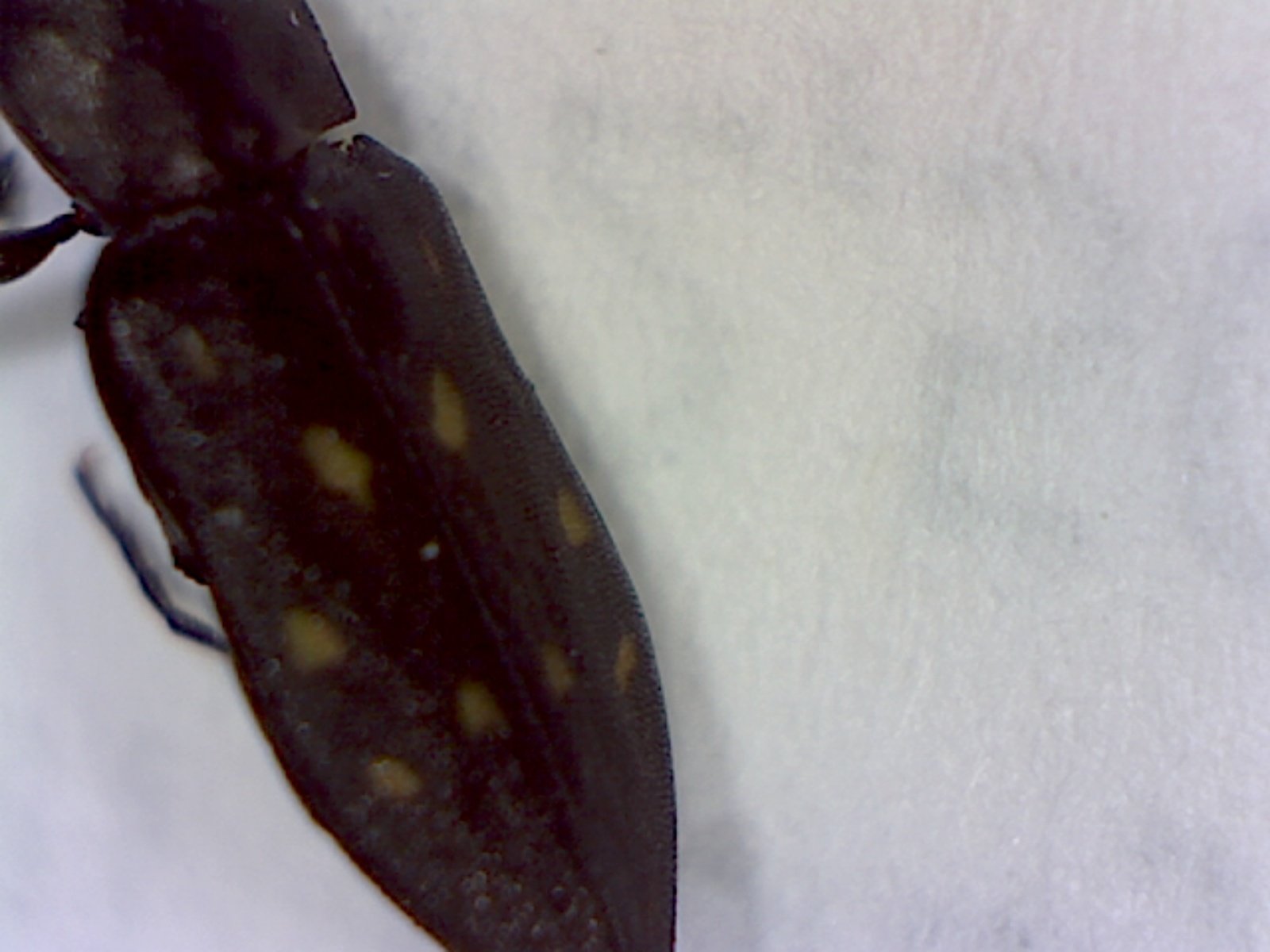 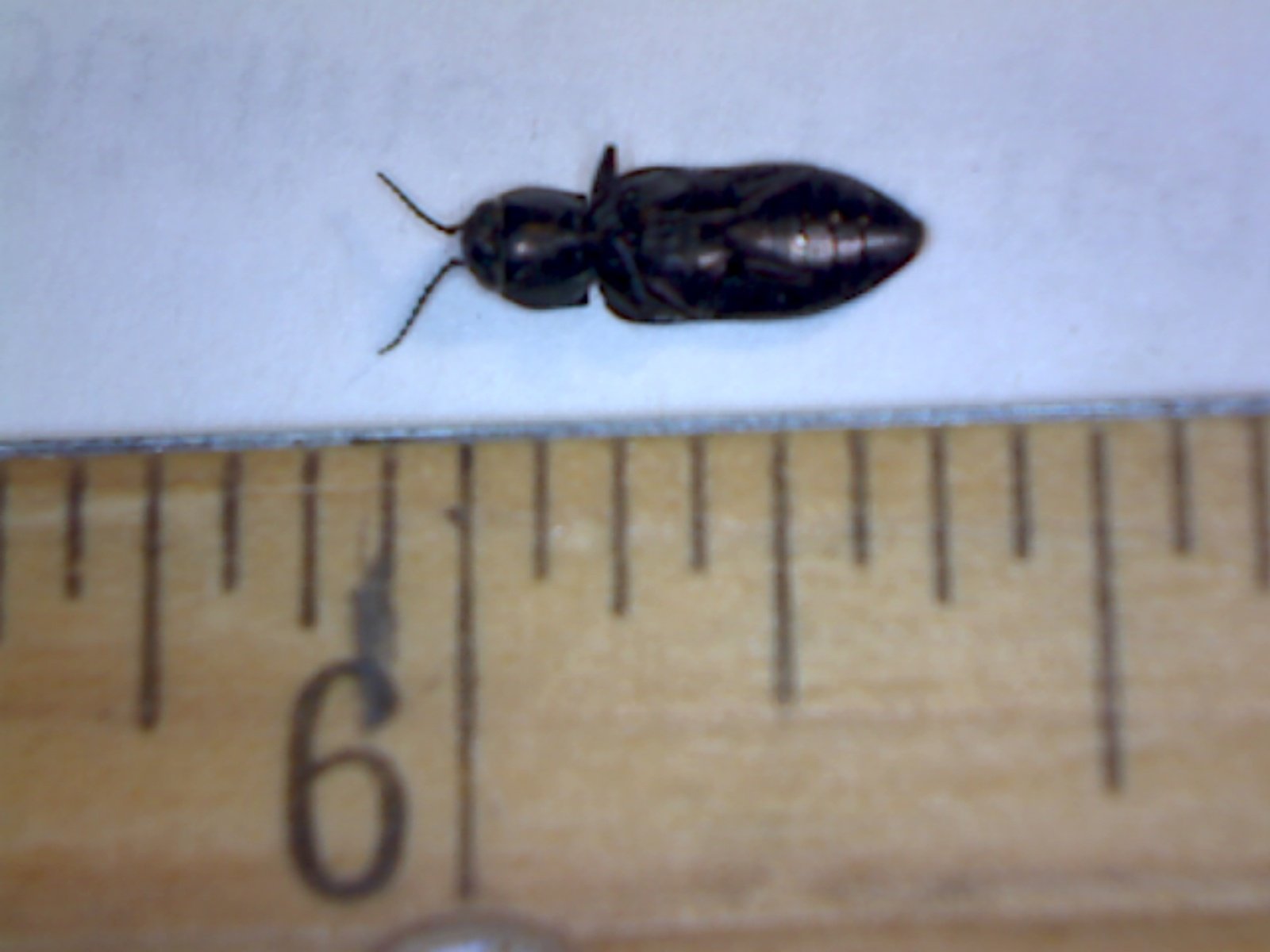 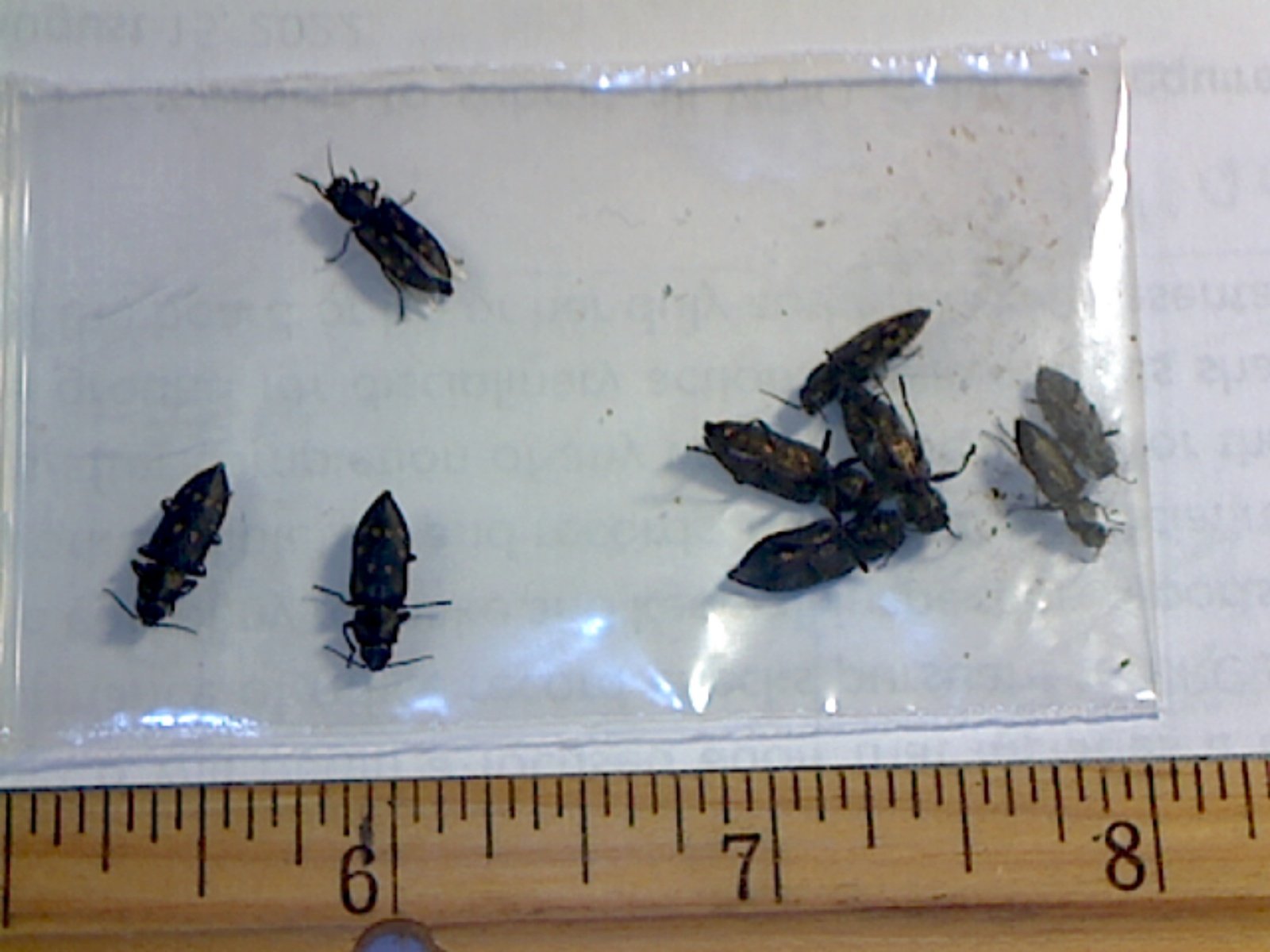