Weed bugs (Arhyssus crassus) and house flies have been drawn to the attic of this house, apparently since it was built. The bugs would fly up into upper areas of the house, and enter the attic, in autumn, in order to over-winter. And it worked well, as attics are warm, and the house had good sun exposure, even in winter.

Come spring, the previously dormant insects would become active and attempt to leave. I am sure many managed it, but not all, as you can see. The large windows in the attic appear to have caused confusion for the weed bugs and house flies when it became time to leave. The windows allowed a lot of light into the attic, and the bugs, would fly and crawl to the predominate light sources. only to find glass there. Like bugs at a window, wanting to fly out, they could not, and they perished there, year after year.

Thousands of their dead and dried up bodies accumulated in piles at the base of the windows. Others simply perished and fell to the attic floor boards, scattered about. The piles were the largest, by far, at the bases of the windows.

Below are photos showing the attic windows, microscopic images of the weed bugs and house flies, and photos from within the attic. 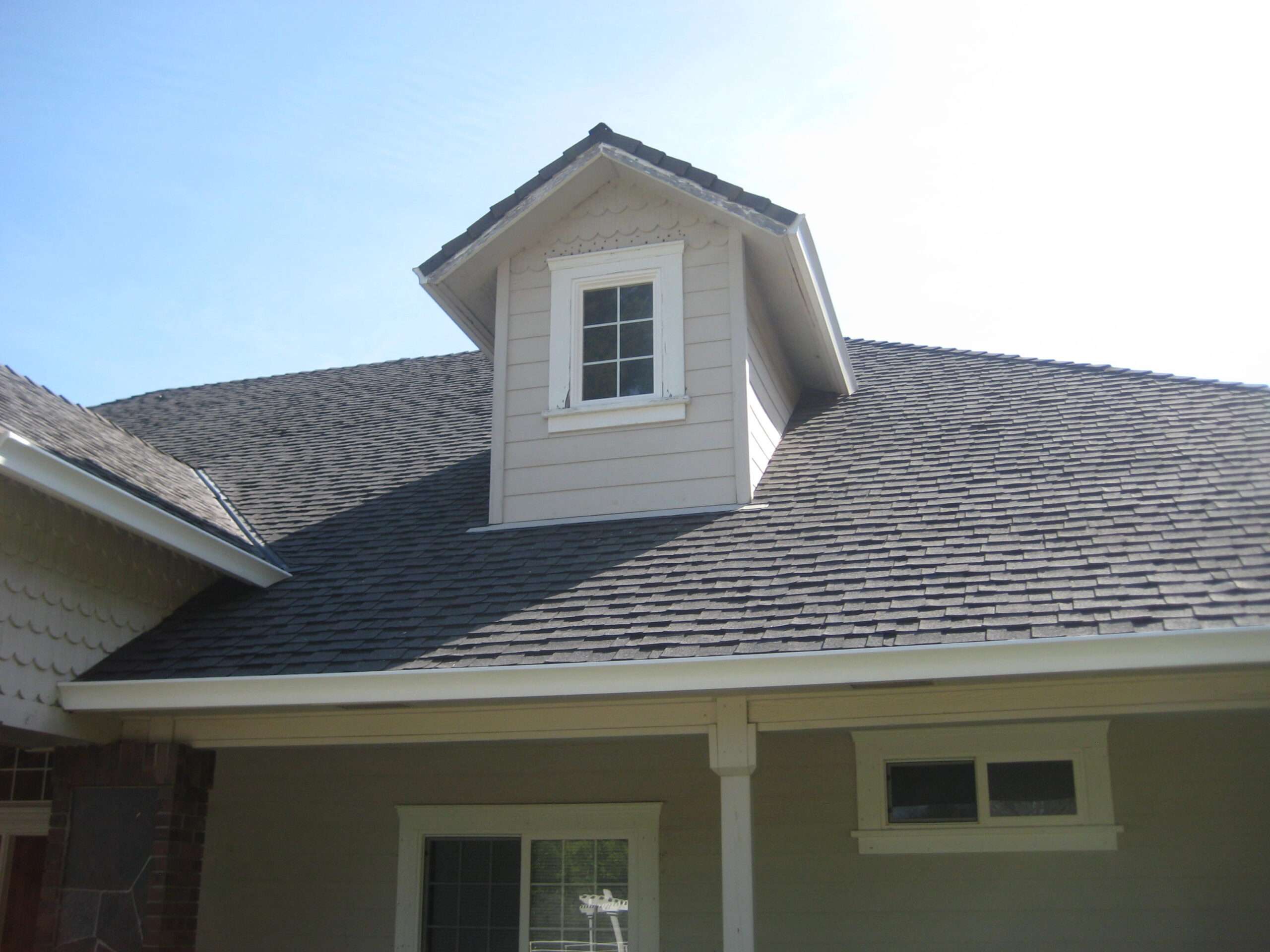 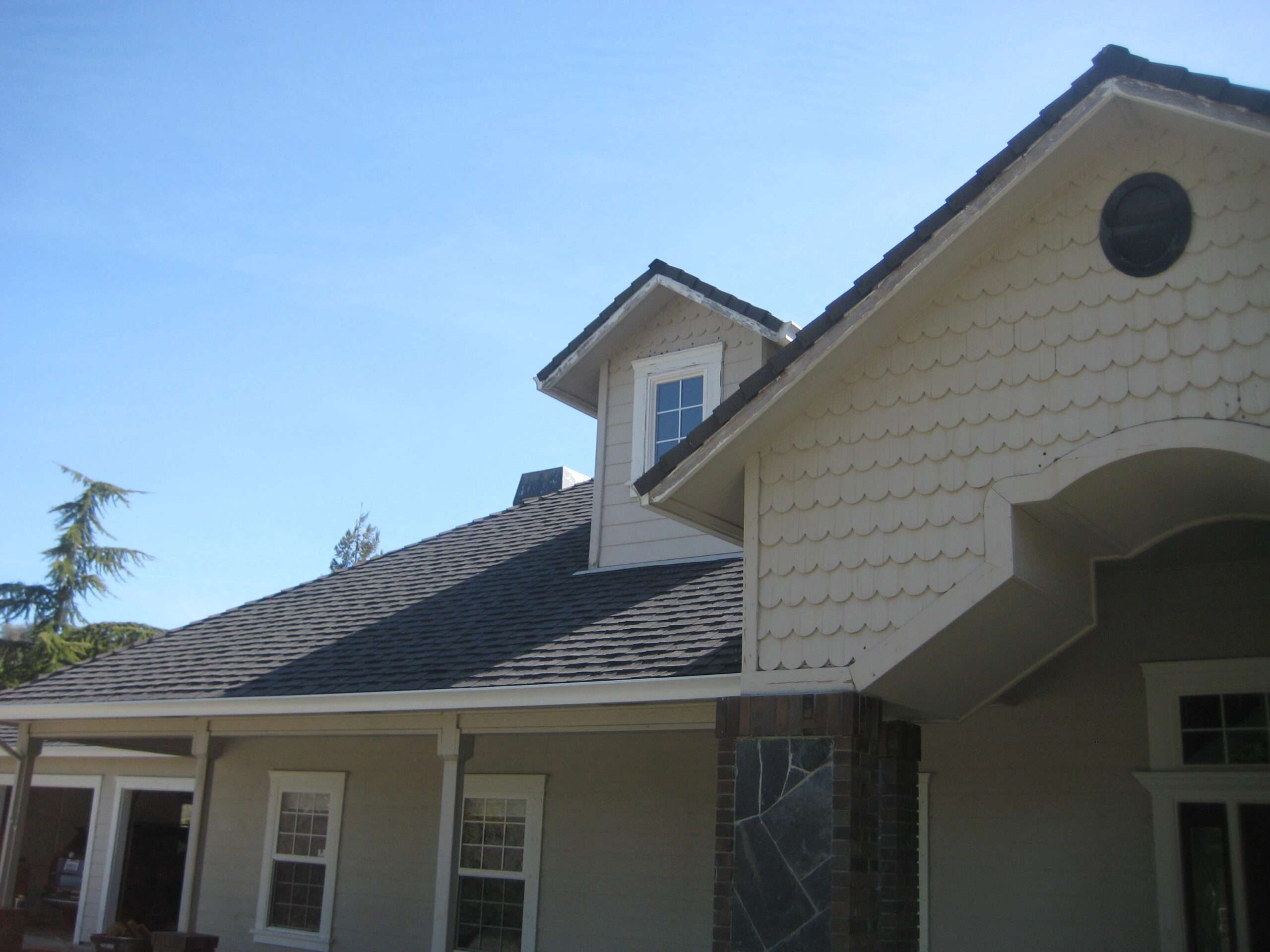 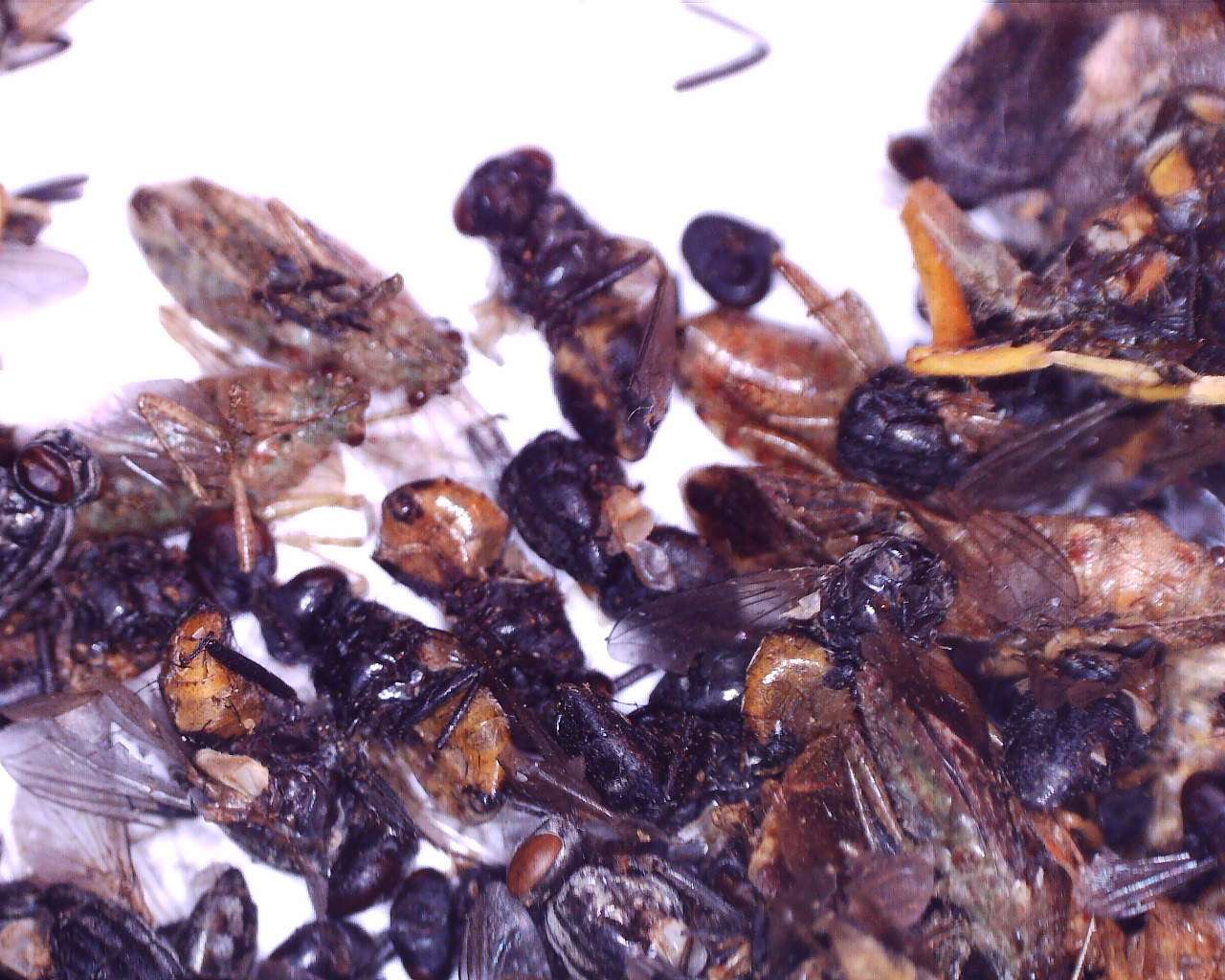 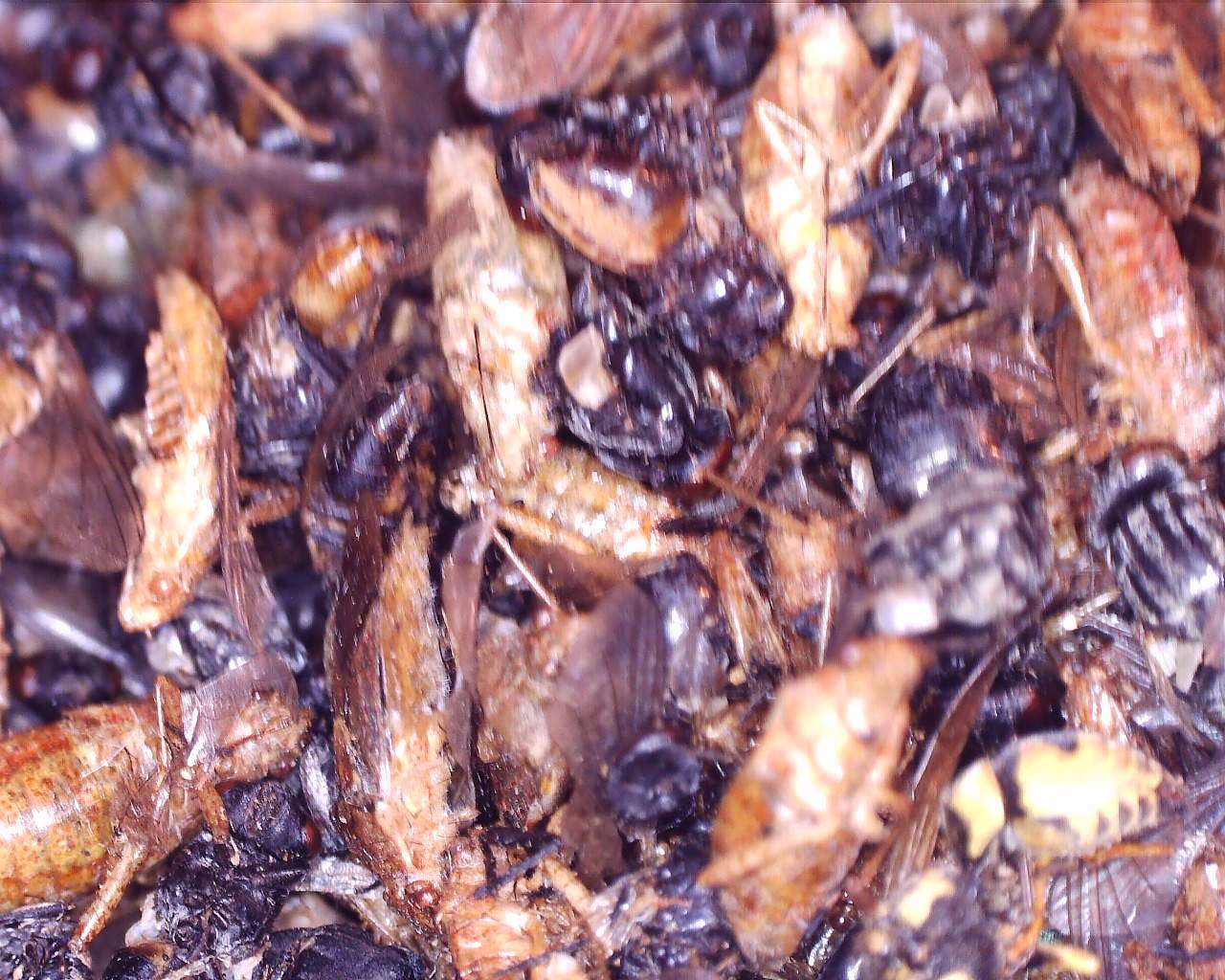 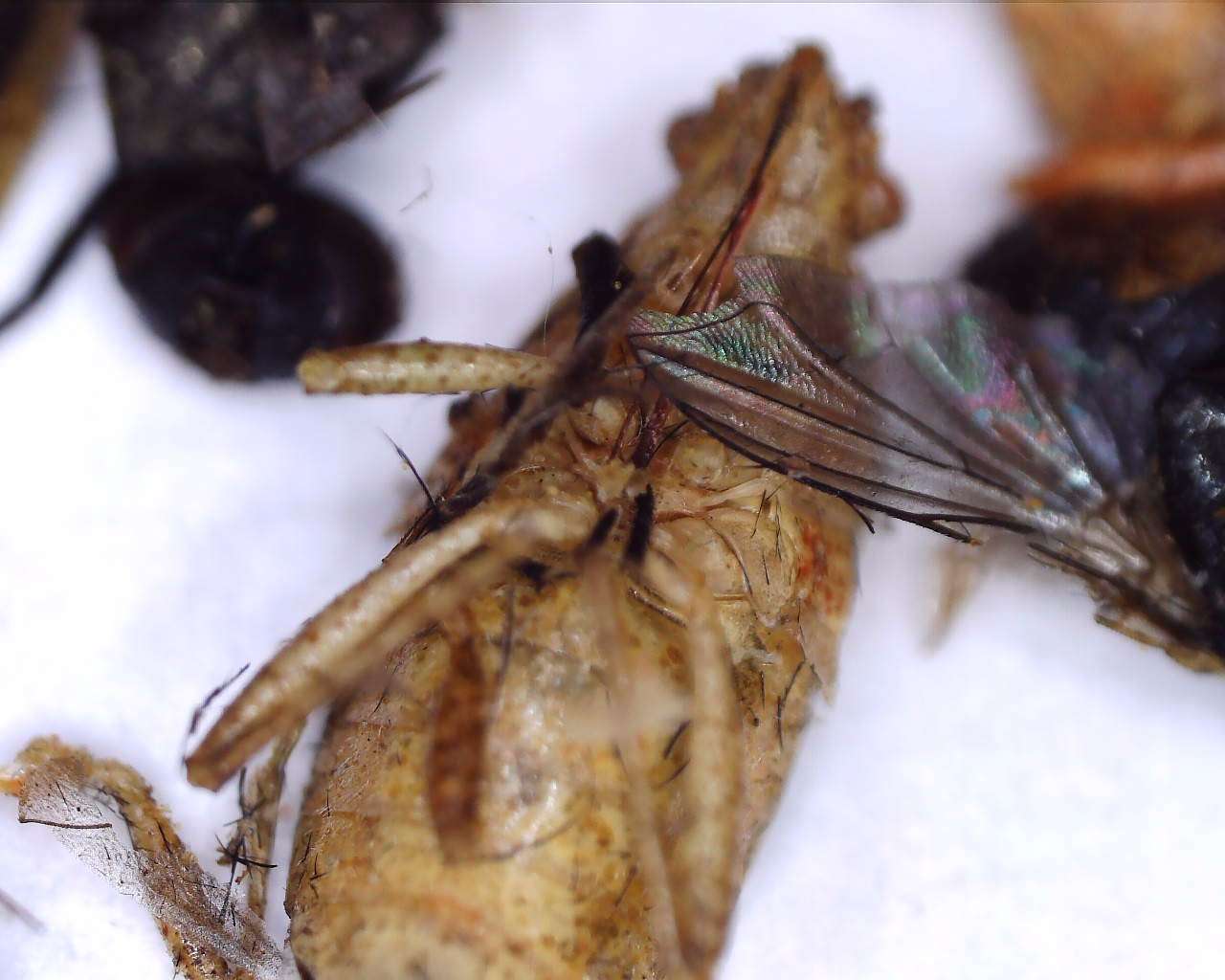 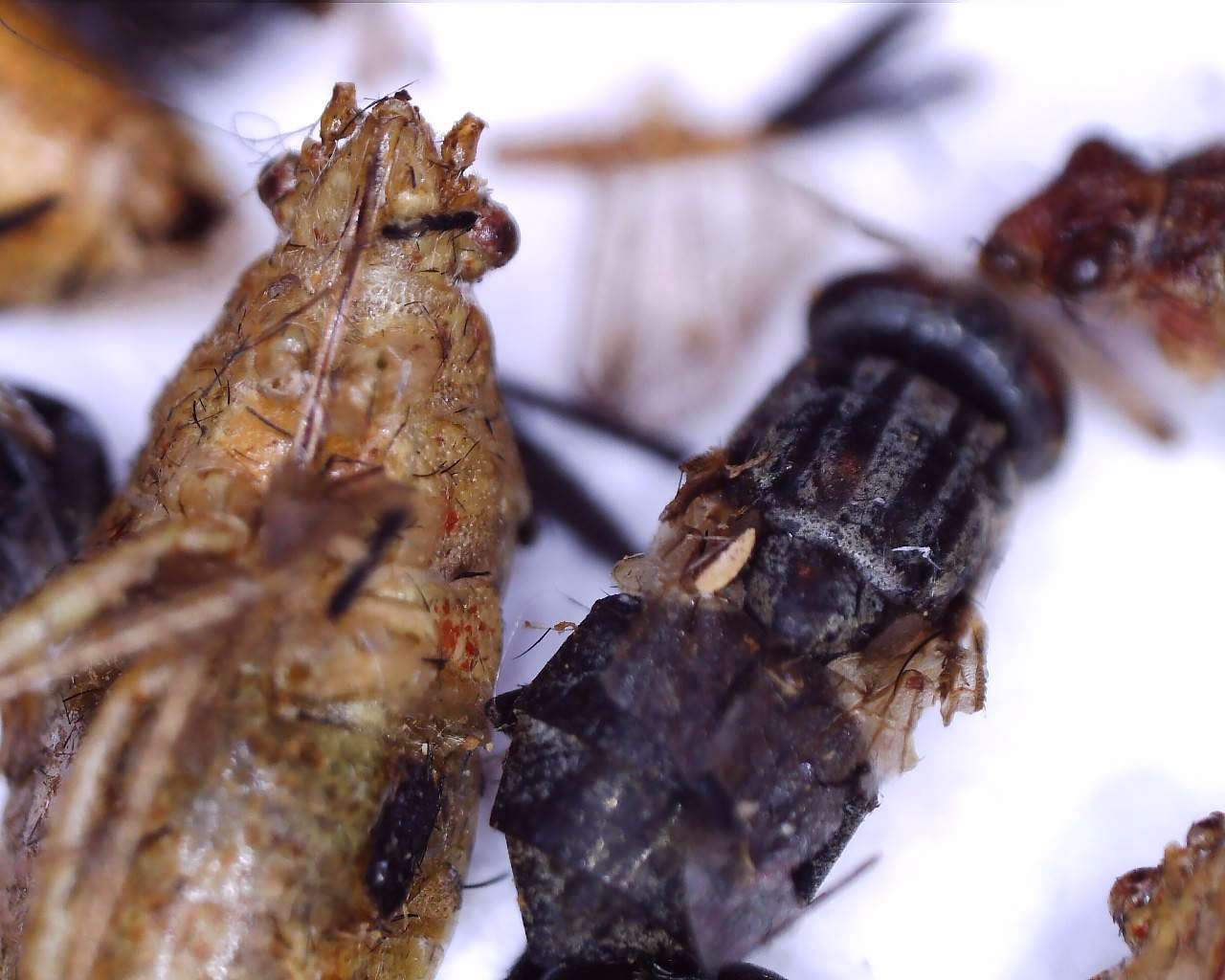 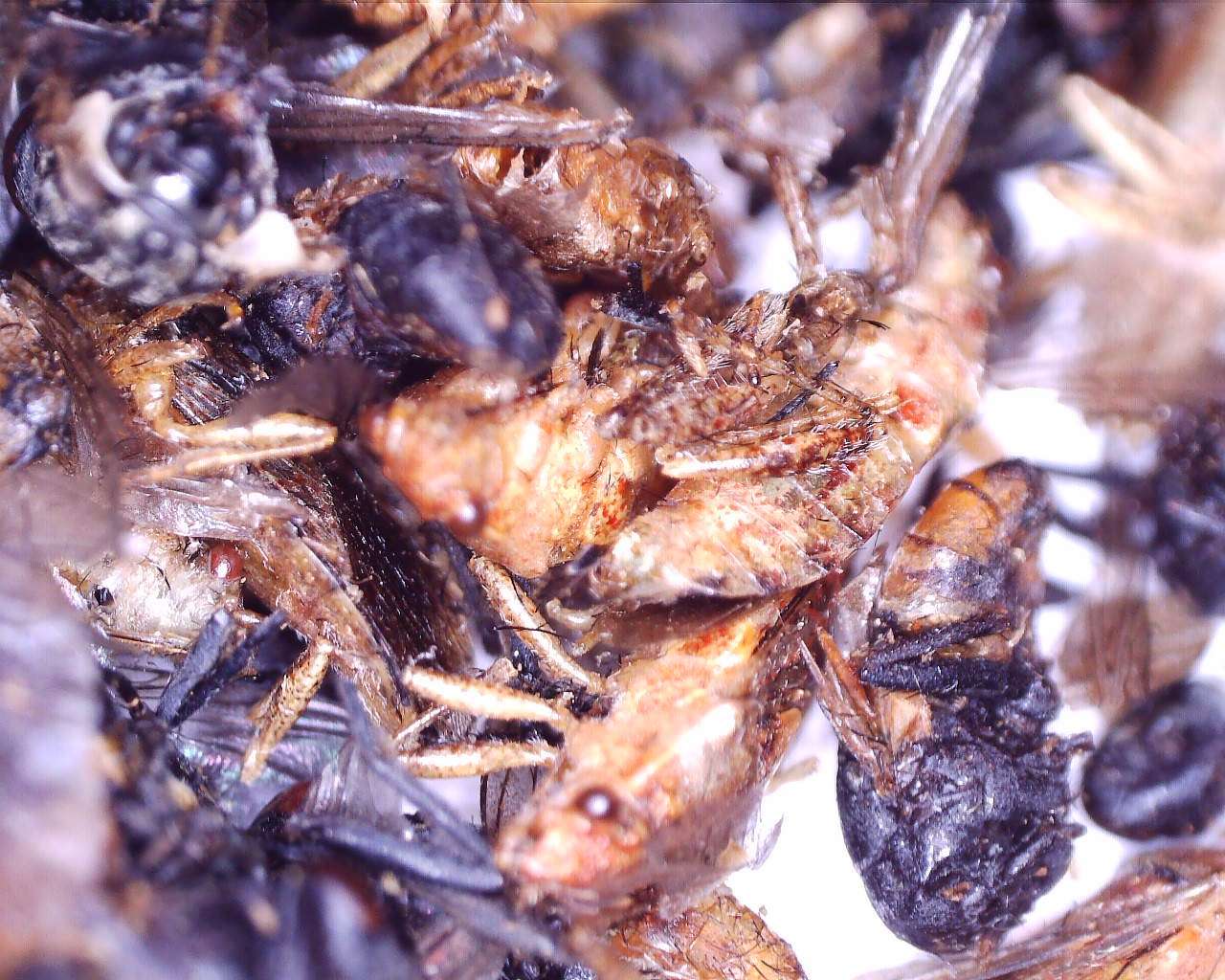 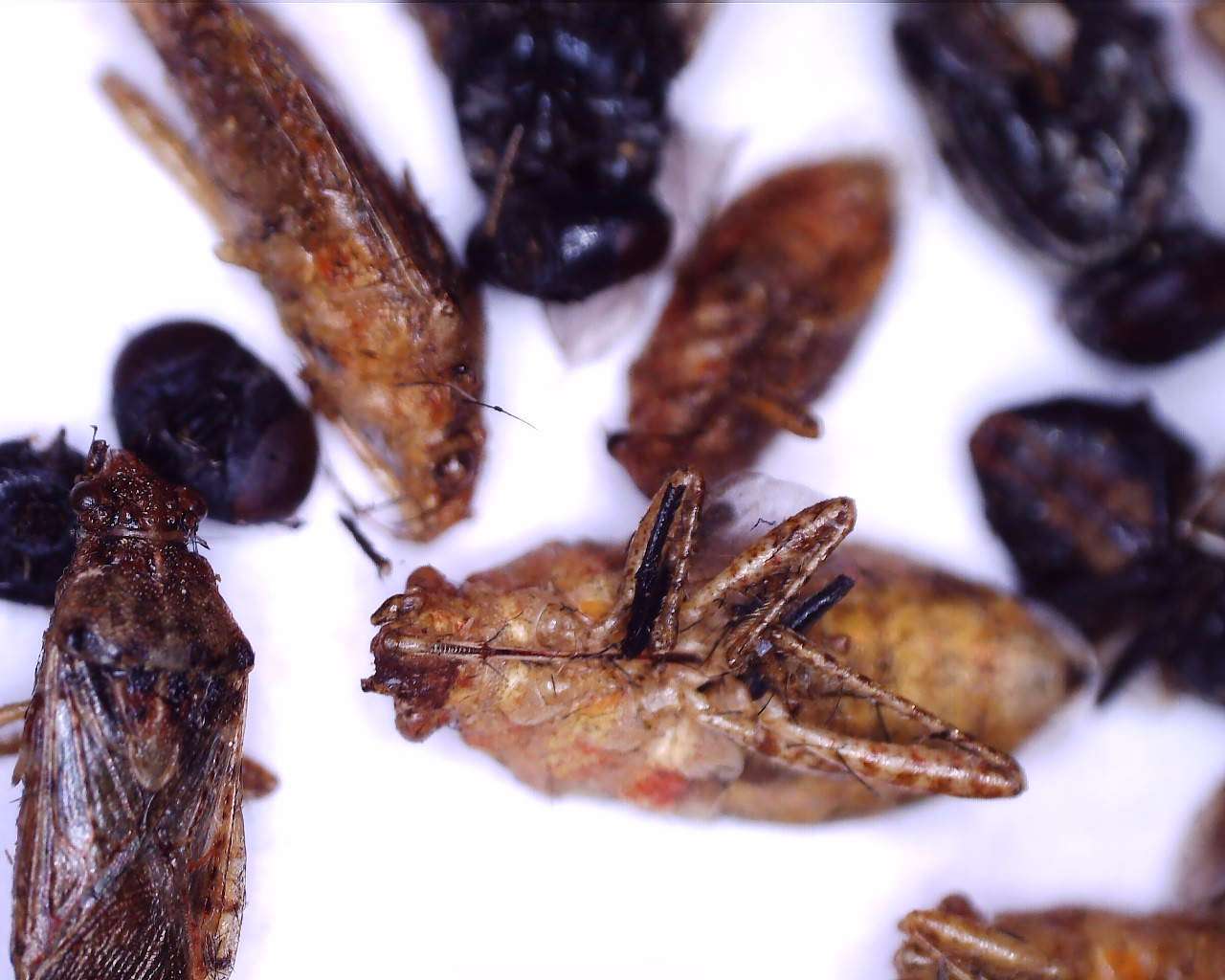 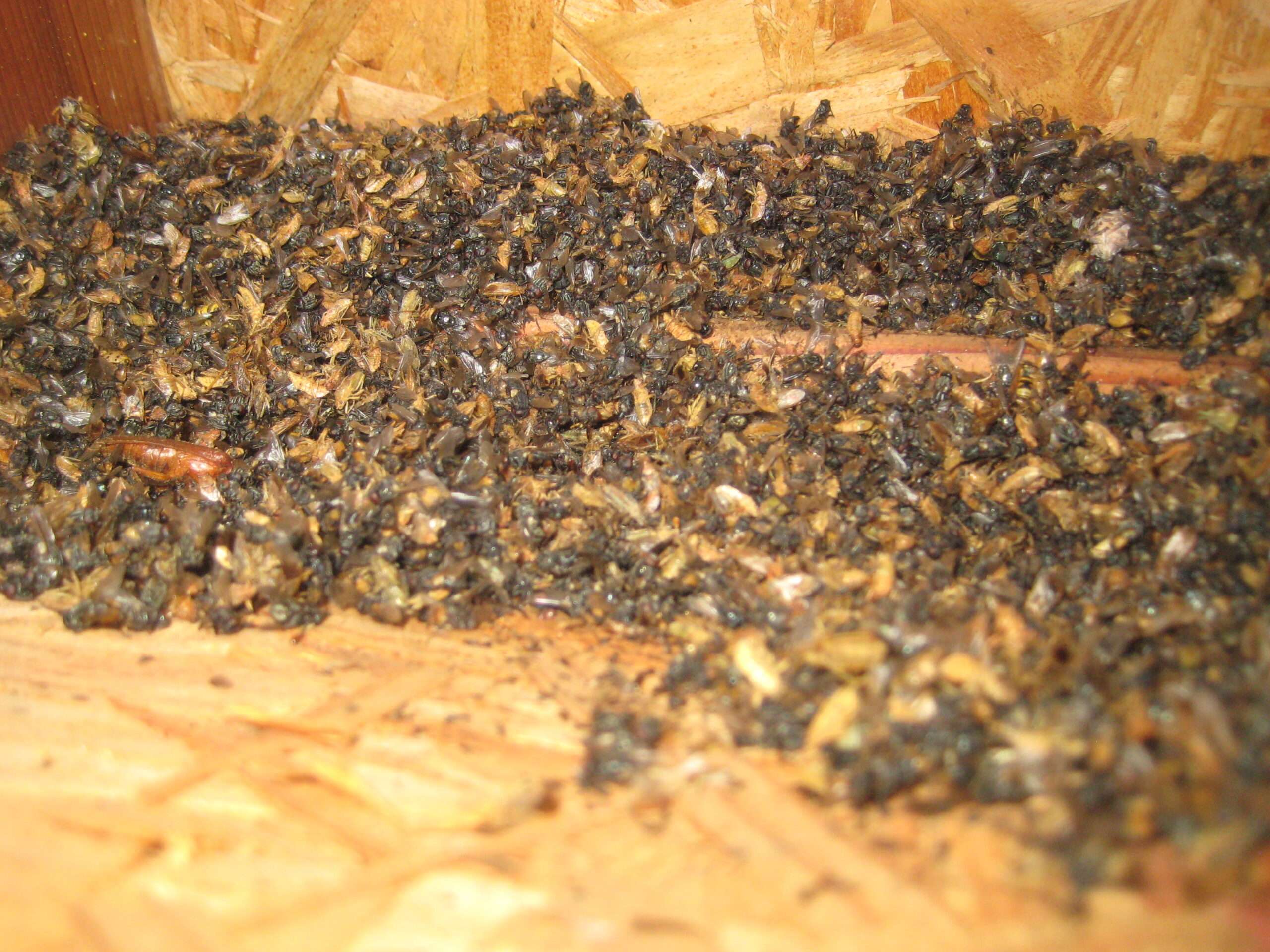 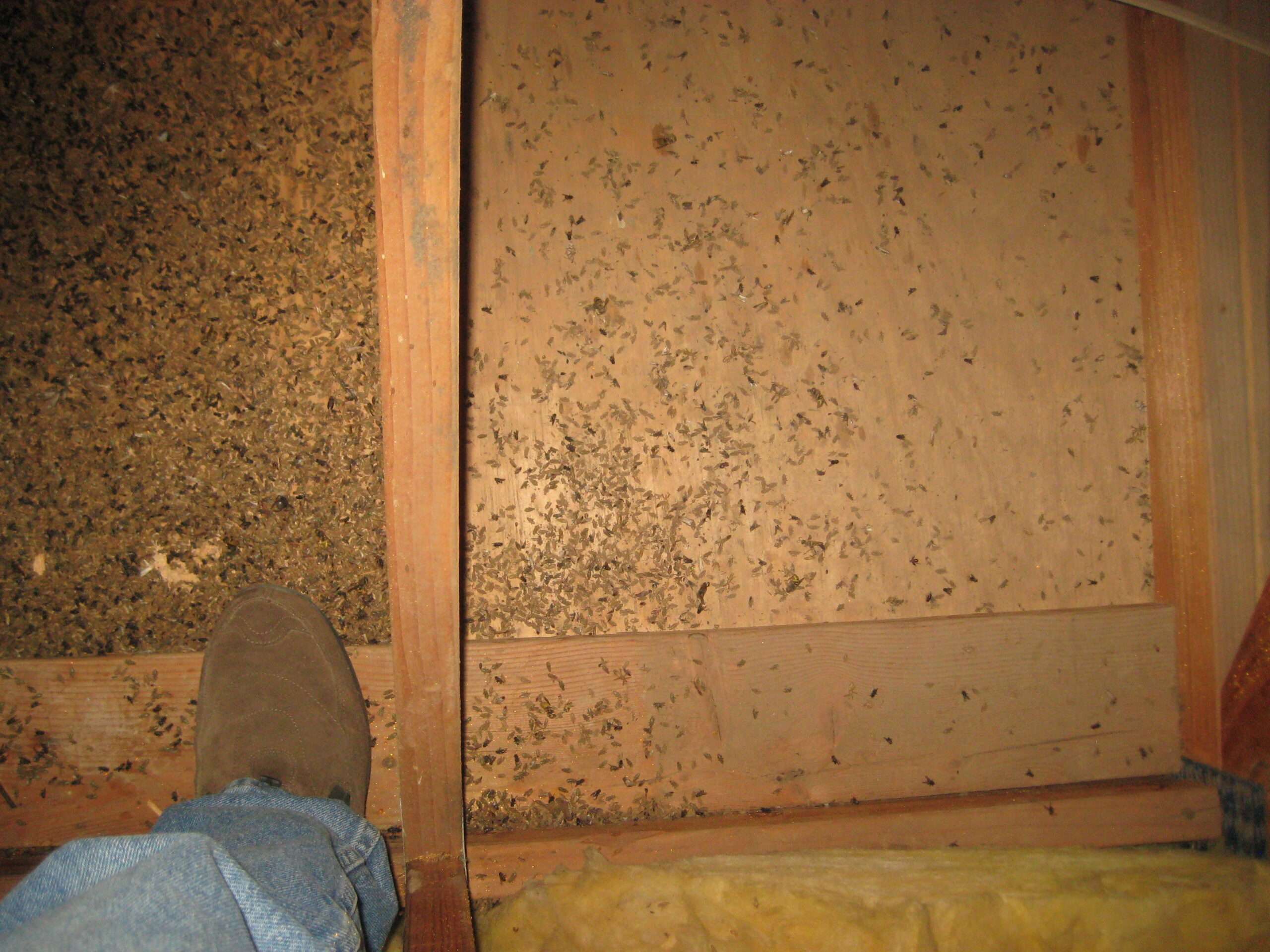 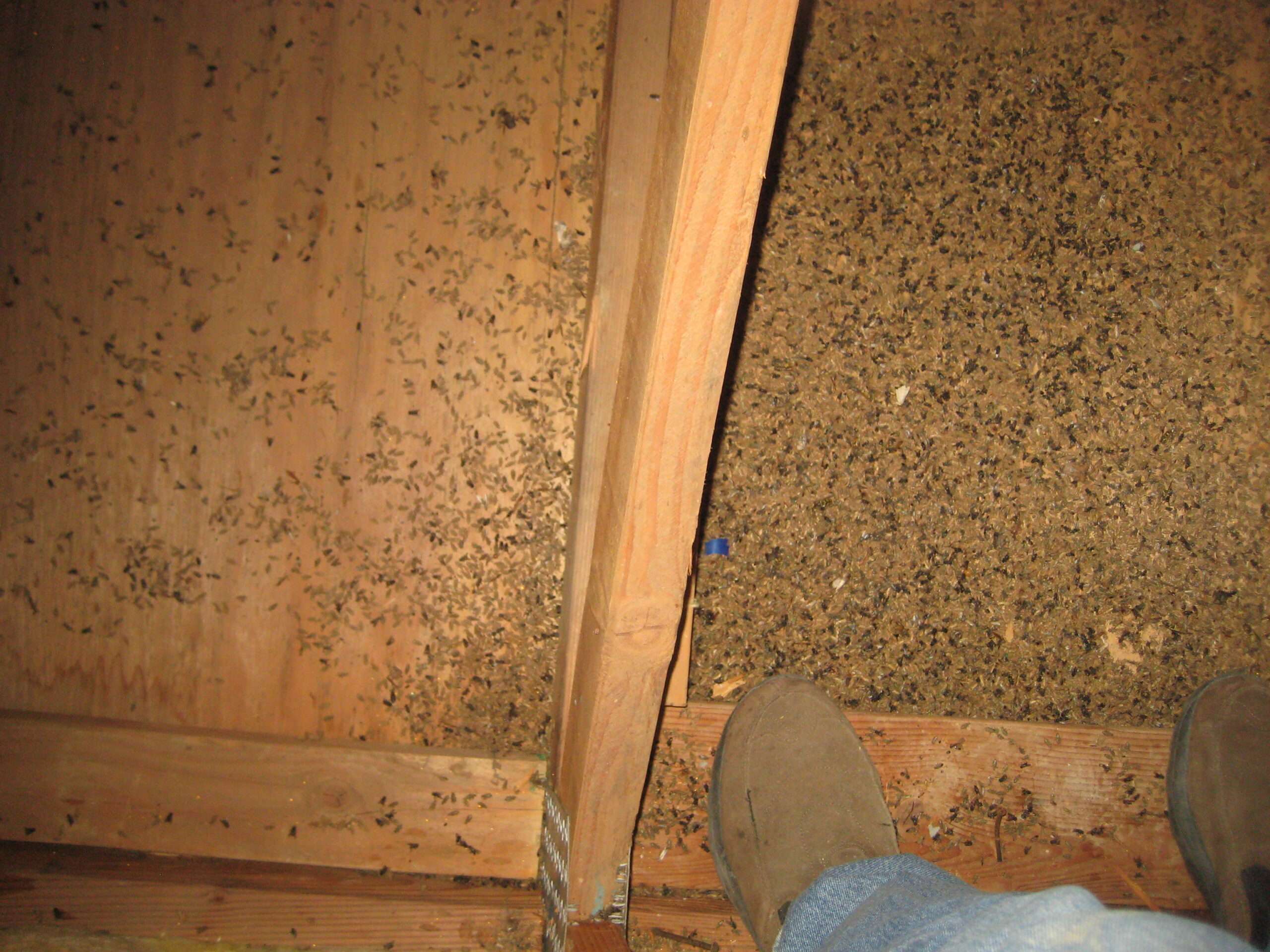 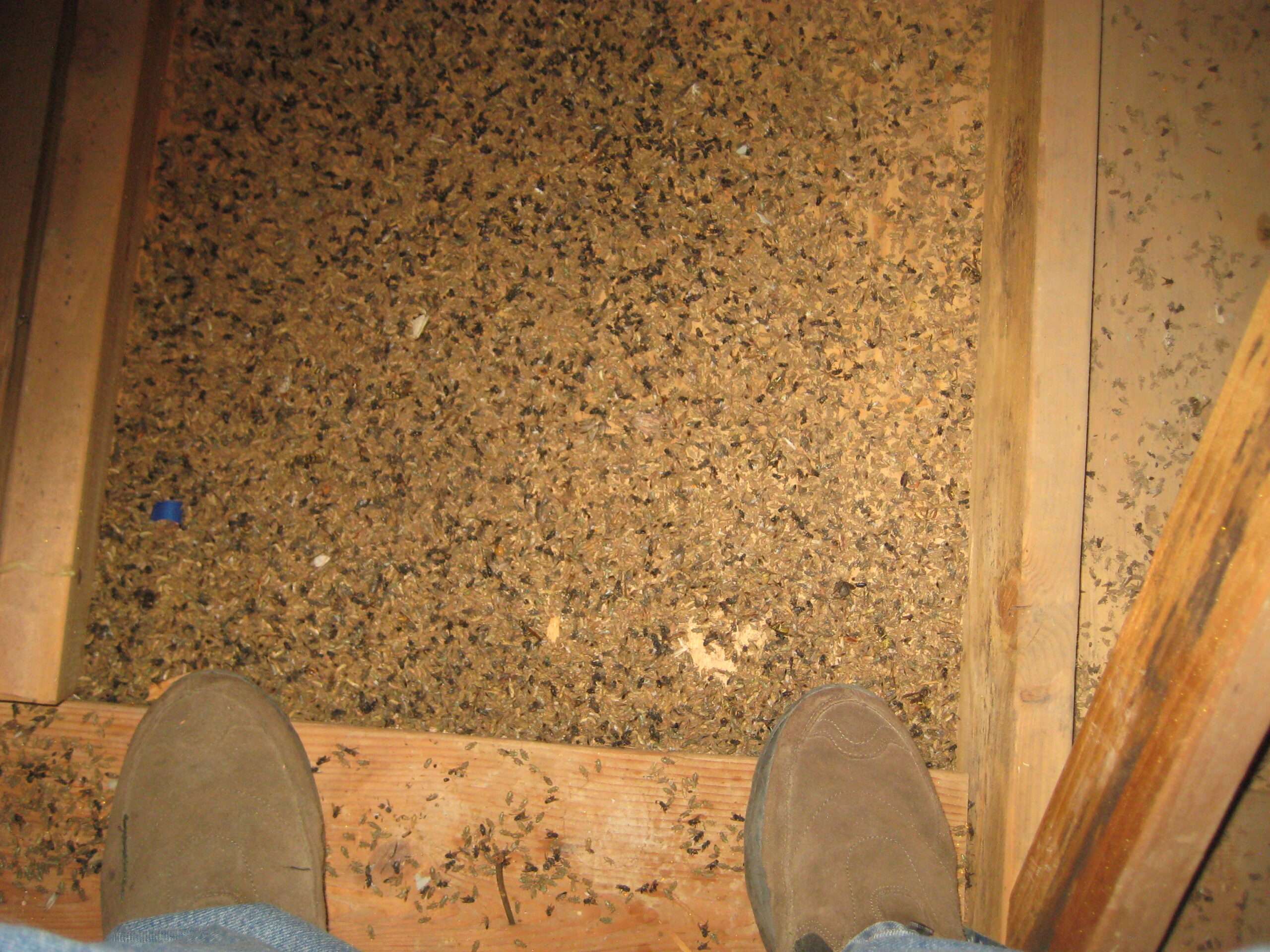 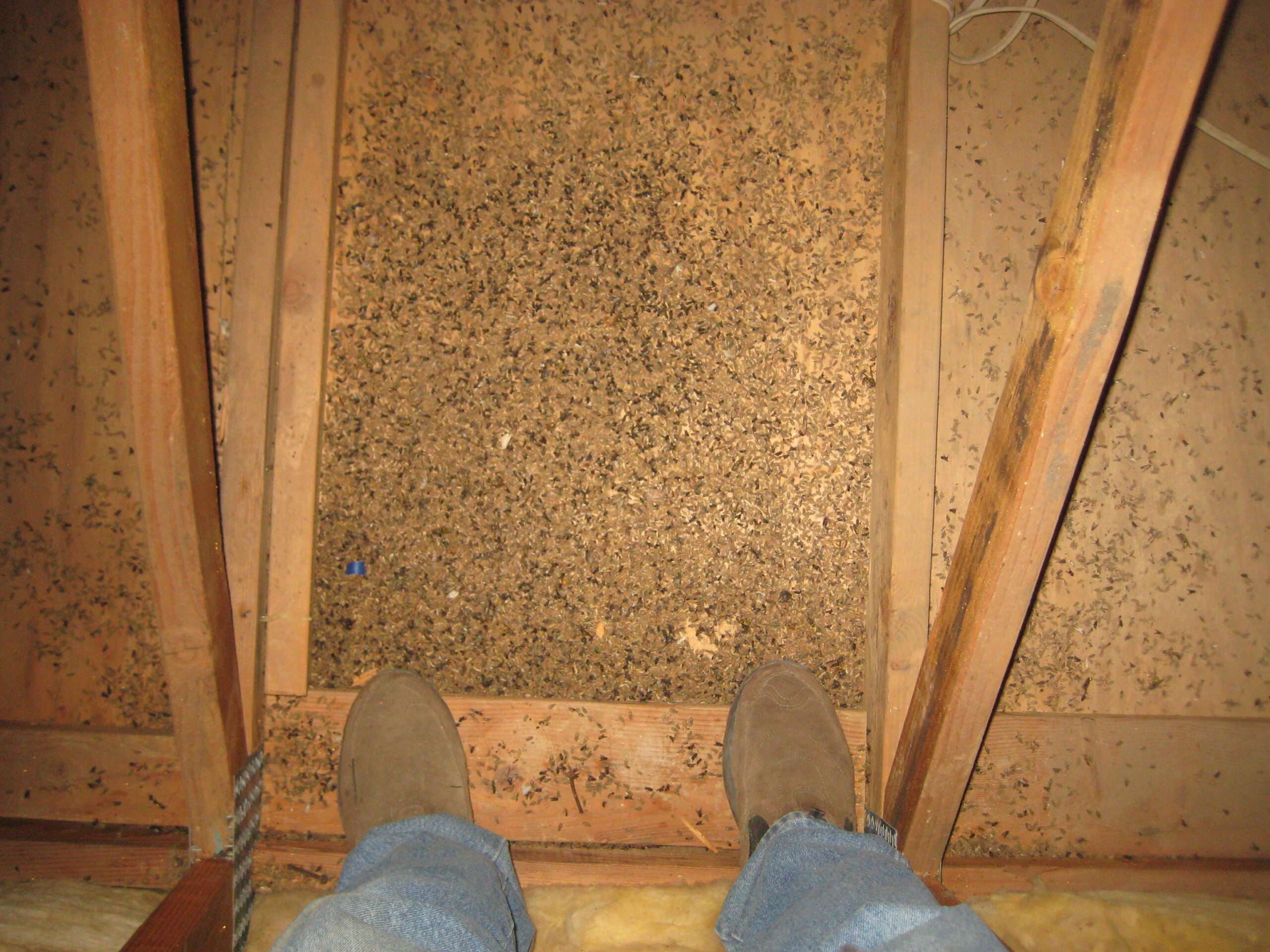 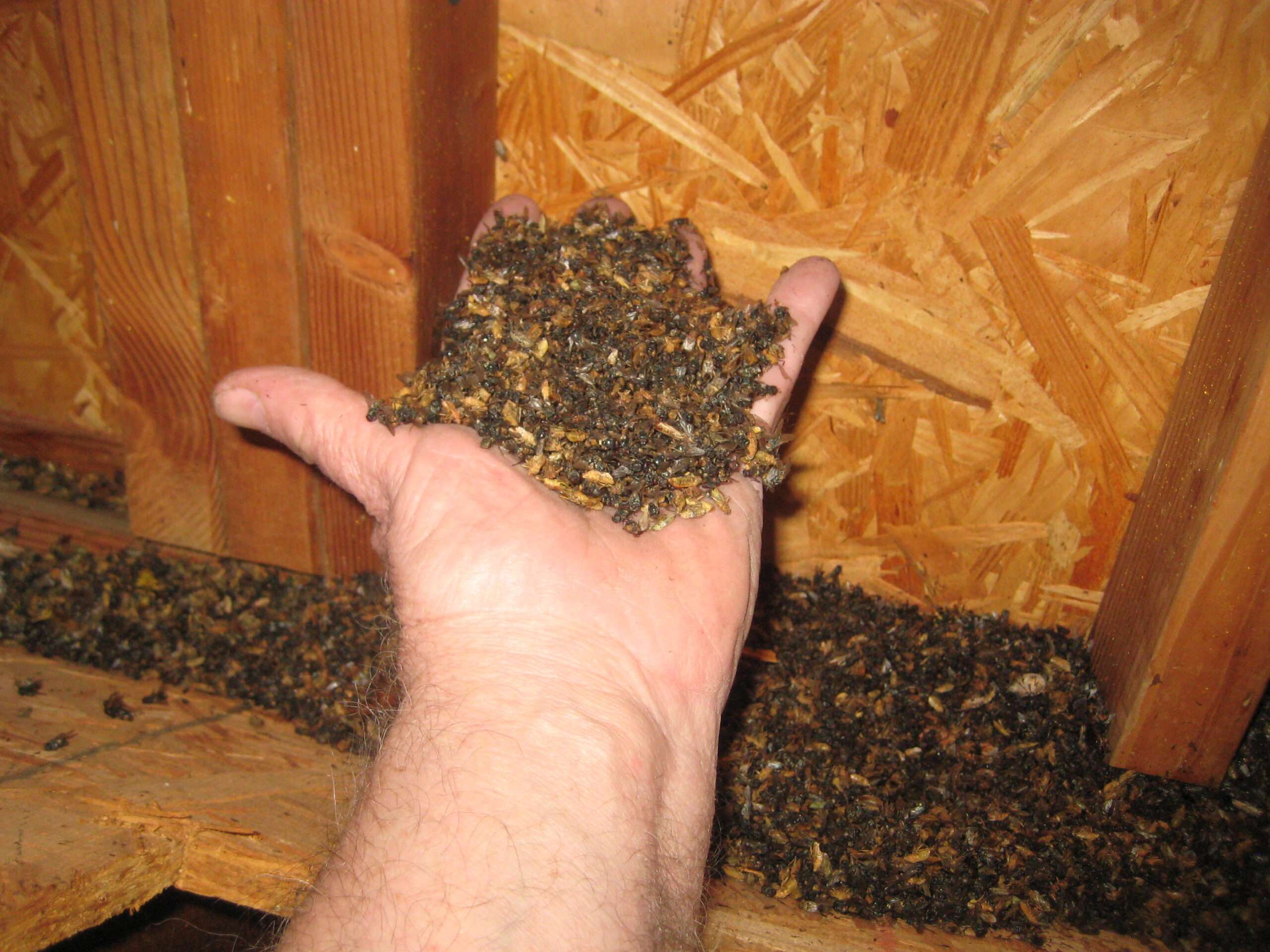 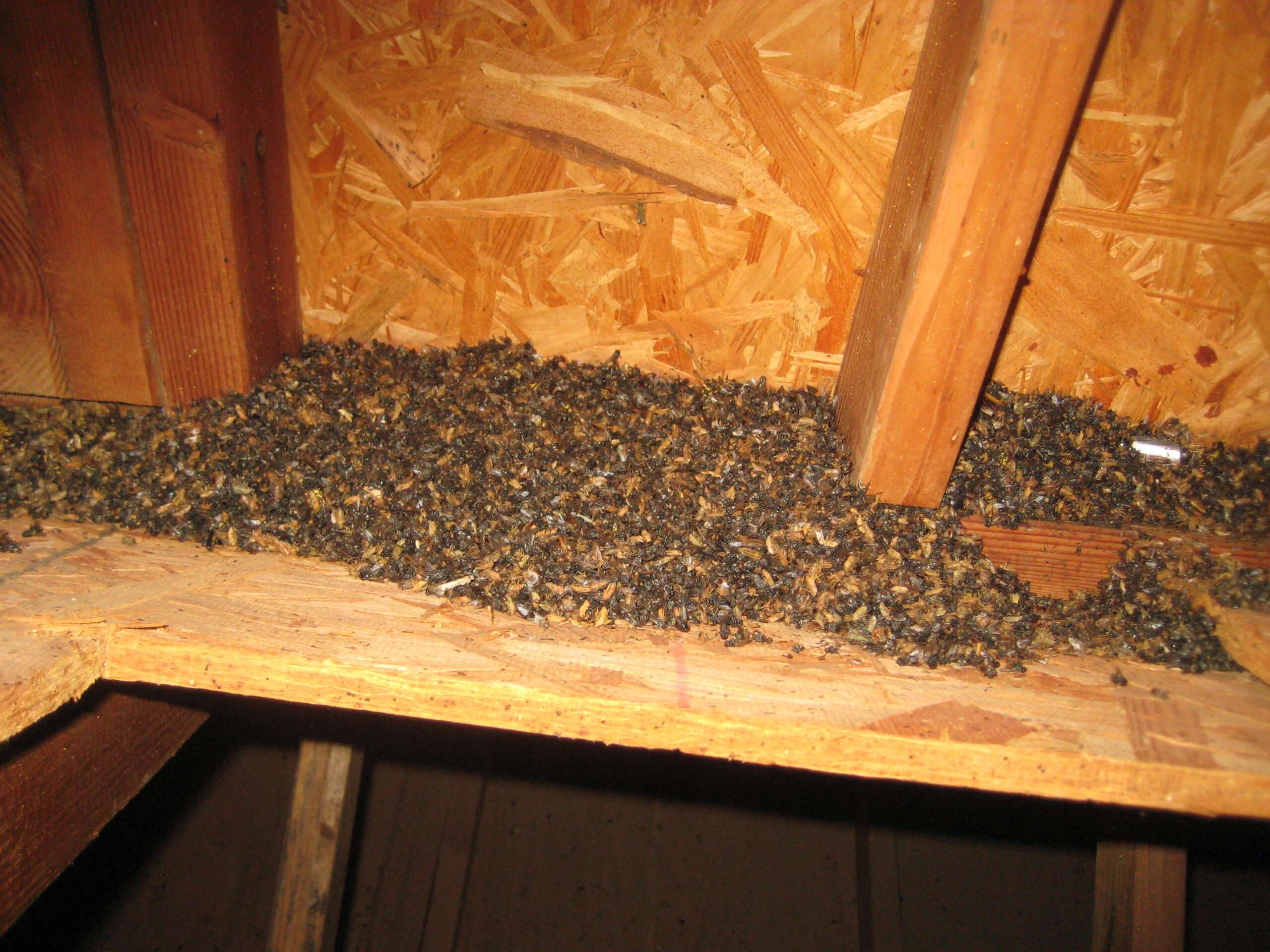